Sitemap
What We Offer

Biodiesel is fatty acid methyl esters (FAME) of vegetable oils and fats or animal fats. It can be mixed with any proportion of fossil diesel and distributed as commercial diesel for transportation 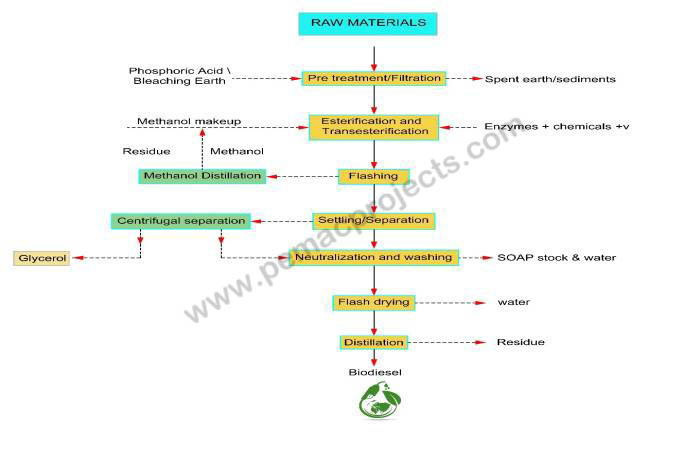 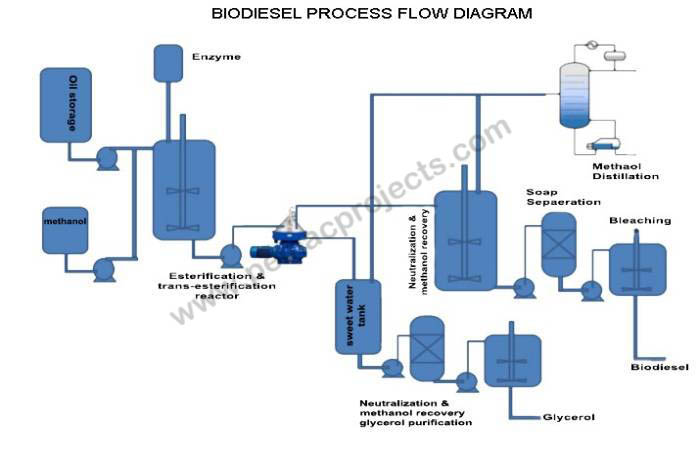 Washing: The use of counter-current washing reduces water consumption by 50% as compared to one-stage washing. Centrifugal separator is used in this application.

Mixture of by-product containing residual catalyst, excess methanol, soap, glycerine, and washed water will undergo acid treatment where strong acid (such as hydrochloric acid) is used to neutralize the residual catalyst and to acidulate then soap for converting into fatty matter.

The treated glycerine-water methanol mixture is then dosed with a controlled amount of caustic to adjust the PH of mixture to -PH 7 Prior to methanol rectification.

The mixture is heated and distilled in the rectification column where high purity methanol is fully recovered and recycled back to the transesterification reaction.

Glycerine-water from methanol rectification plant is evaporated to a purity of 78-82%. Multiple effect evaporator is used to achieve high steam economy. Clean evaporated water is re-used in the washing section.